I’ve been working on some green screening this week for a project called ‘Question’ we’re working on for Bethel Church, Cardiff.

Filming took place in the Bethel Church hall during the daytime. We wanted to control the light as much as possible and so blacked out any natural light coming through windows as much as possible, as well as turned off artificial light sources in the room. Up went the green screen – it was nice to use a pop-up one as you’re able to get a consistent surface far easier than pinning up green cloth. We got the camera set up in a rough position and our presenter (the glamorous Cynan) in front of the green screen.

Time for some light.

The green screen was lit with two portable floodlights each side that were positioned in order to get a consistent spread across the green screen. For Cynan, a keylight was set up fairly close camera right and a back light further away camera left. Adjustable LED’s were used for this with varying levels of diffusion, created by placing circular diffusers on mic stands in front of each light. We adjusted the positions of the lights in order to get a natural look with no heavy shadows.

Check out this short video from Nofilmschool.com that gives some tips on general lighting basics… if ya fancy it.

Each scripted episode was recorded from a wide and closer angle in order to give flexibility during the edit. 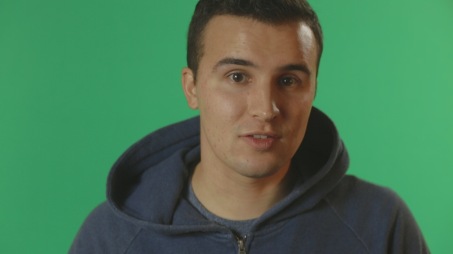 The footage was brought into Adobe Premiere Pro CC and cut together to compliment a narrative thread for each episode. Next up was finding some decent backgrounds for each episode. Free Images.com has got some great backgrounds at decent enough resolutions to use for green screen work. After trawling through quite a few pages and being creative with search words, backgrounds were found that complimented each episode. The main factors I took into consideration were composition, lighting and resolution with the overall decider being if the location fitted the given episode (so no moon landing background for this project!)

The keying was processed using After Effects CC. The first step was duplicating the sequence and selecting only the green screen shots (no audio) and right clicking ‘Replace with After Effects sequence’. The wide and close up shots were separated into different compositions by selecting multiple shots (holding cmd key) and then creating a new composition (cmd+shift+c). I imported the backgrounds into a folder and then added the desired background as a separate channel below the footage.

Starting with the wides, the Keylight effect was used to remove the green and gave a great result straight off. After fiddling with the settings a bit Cynan was looking truly splendid. With the pen tool I masked around the subject to get rid of edges. The first step in editing the background was to scale it to size. Then lighting came into play – this involved adjusting colour temperature and sometimes flipping the picture to match the light source to how Cynan was lit during filming. Also I moved Cynan to a position that fitted with the lighting, as well as aesthetically pleasing. Next blur was added in order to give a sense of depth of field.

The processes were repeated for the close-ups with two minor changes. The scaling of the background was zoomed to match the ratio as it would if filming against a real background. Blur was also increased, again to match the real-life scenario, and give the effect of a shallower depth of field compared to the wider shots. The final stage was to add an expression command to the opacity of the wide shots in order for the closeups to be seen when the sequence was played through. 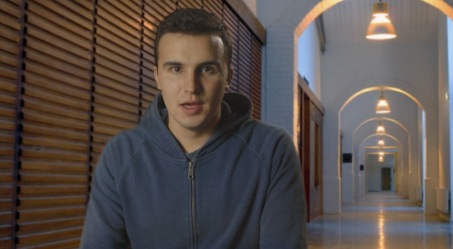 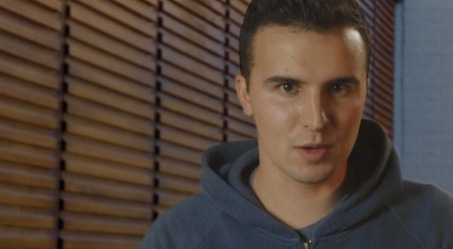