Run and Gun Interviews with the Sony A7s

By Andy Toovey February 5, 2015 On Location, Technical No Comments
0

Occasionally we’ll take on a project where for budget or schedule reasons it’ll be a one-man crew job. It’s a bit of a blast from the past of my first couple of years working freelance, where the majority of projects were just me on my lonesome – it’s been great in the last couple of years since forming 2V Studios to be able to work with more people behind camera, and now have my wingman Joe O’Hare on board to run sound or camera depending on the setup and project.

But last week I had an opportunity to film with Phil Topham on a Church in Wales project in Wrexham. It was a rainy day and an early start, so I caught a train up, which meant minimal bags and no more gear than I could carry! 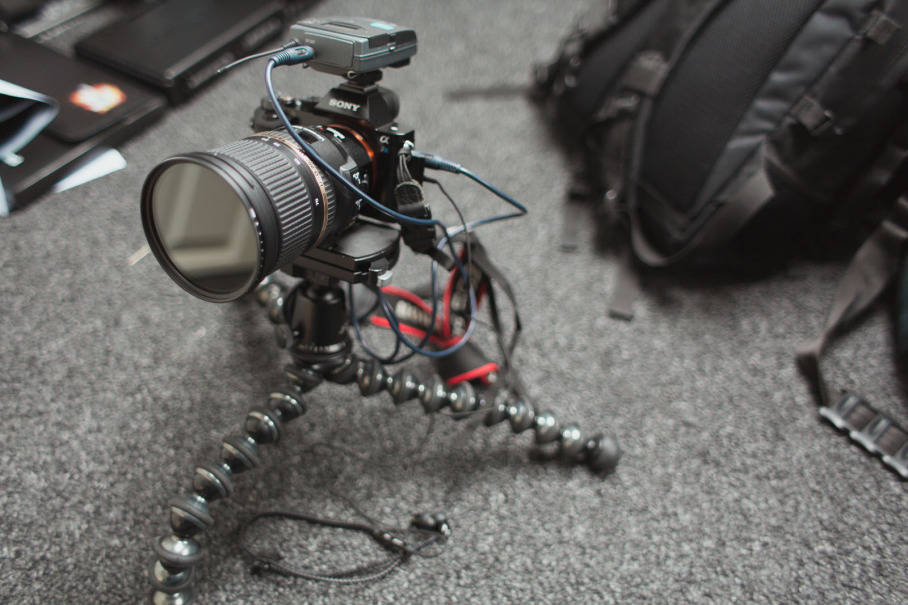 The Sony A7s has rapidly become my weapon of choice for run and gun shooting. It has a clean image, amazing low light sensitivity and great onboard audio. The Tamron 24-70mm f2.8 attached via the Metabones EF-E mount adapter gives a good range for documentary filming, especially when combined with the A7s cropped sensor mode boosting the throw of the lens from 70mm full frame to an effective 103mm. In the picture above I’ve got it mounted on the Gorillapod Focus which gives the flexibility (literally!) to use the camera as if on a shoulder rig, fig rig, or wrapped around an object for a static shot. And combined with a Sennheiser G3 radio mic, or for general audio, a Rode VideoMic Pro, avoids the need for a dual system setup for single person interviews.

One of the downsides of single shooting with minimal gear is not being able to carry much in the way of lighting. And with overcast skies, the three indoor interviews in a church building were going to be tricky. 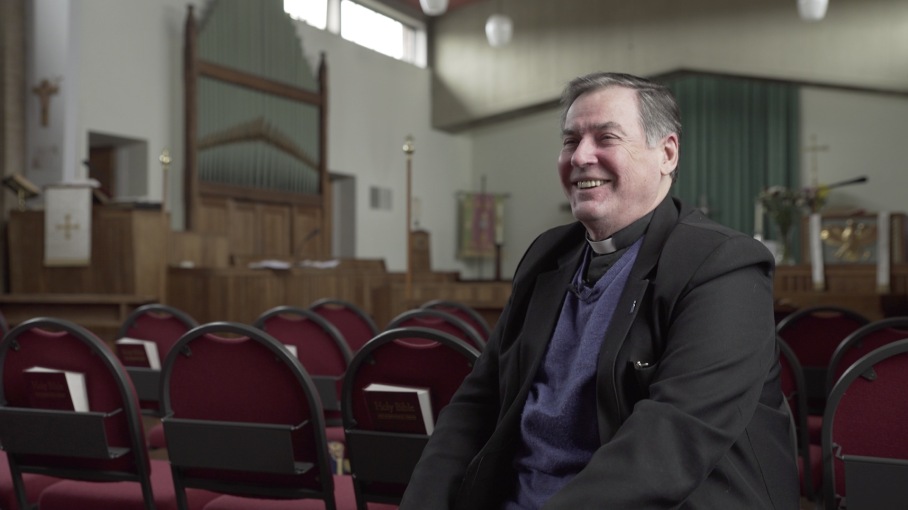 For the first interview I wanted to maximise the space and frame it so as to include the most attractive features of the building in the background. But the subject had to be lit as well! There was a single side window with daylight coming in which lit the interviewee. The lack of other side windows worked in my favour, and actually I would have tried to block them if they were present, as it meant the background was not overlit. Nice and natural. But essential to this setup is making sure the interior lights are not switched on. This would have completely skewed the colour balance away from the neutral daylight temperature of 5600K.

It’s easy to punch in too tight for interviews if you’re judging composition from the tiny screen on the back of the camera – I’m often guilty of that! If the background allows it, a wider interview frame is more interesting. Most interviews will have the subject looking off camera, so by placing the camera to offset that, the natural lines of the building can help to lead the eye towards the subject.

For the second interview I wanted a new background, to give some variety. This lady was involved in running the church foodbank, engaging with the community, so I was happy to have a less formal, more everyday background.

The backlight from the large window was a bit of a risk – extra key light would have been useful, but as it is, she is picked out primarily by light from the same window as the first interview. There probably would have been more room to underexpose to retain those window highlights, but I didn’t want her skin tones to become muddy and unrecoverable. With a bit of diffusion on the highlights in post, this should still look alright, especially considering the time available to setup!

Again, with a bit more time, it would also be good to hide her mic better on the inside of the jacket, and perhaps cover up the slightly distracting coloured circles on the noticeboard behind. 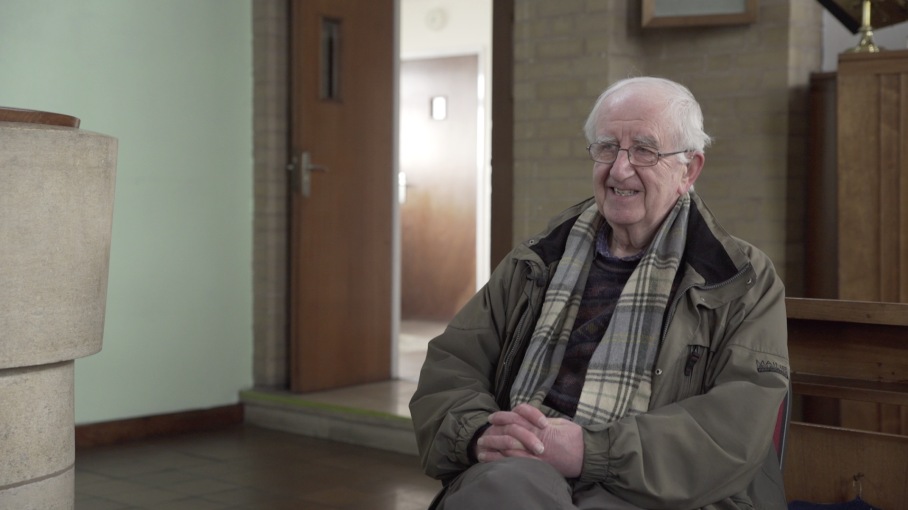 It was a bit of a struggle to find a third setup which allowed for similar framing to the first two. In the end we opted for the far side of the church, where the ambient light was less, but the doors and entrance corridor formed lines converged on our interviewee.

The interviews each lasted about 10 minutes, with no more than three or four minutes in between to set up for the next! The three shots above are all straight out of the camera, ungraded, shot in the Cinema picture profile with Cine 4 gamma, which I’ve found gives good dynamic range without requiring too many ND filters as with SLOG-2. I also wasn’t sure whether we’d be editing/colouring the footage ourselves, and there’s nothing worse than handing over LOG footage to be edited, then seeing it ugly and ungraded in the final film!

Any tips for interviews on the go? How do you deal with situations with minimal lighting? Let us know in the comments below.